The Secret of Annexe 3 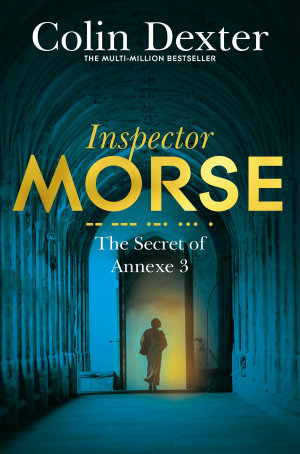 The Secret of Annexe 3

The Secret of Annexe 3 is the seventh novel in Colin Dexter's Oxford-set detective series. Morse sought to hide his disappointment. So many people in the Haworth Hotel that fateful evening had been wearing some sort of disguise – a change of dress, a change of make-up, a change of partner, a change of attitude, a change of life almost; and the man who had died had been the most consummate artist of them all . . . Chief Inspector Morse seldom allowed himself to be caught up in New Year celebrations. So the murder inquiry in the festive hotel had a certain appeal. It was a crime worthy of the season. The corpse was still in fancy dress. And hardly a single guest at the Haworth had registered under a genuine name . . . The Secret of Annexe 3 is followed by the eighth Inspector Morse book, The Wench is Dead.

The Secret Of Annexe 3 A Format special

The Secret Of Annexe 3 A Format special

Death Is Now My Neighbour The Secret of Annexe 3

Death Is Now My Neighbour The Secret of Annexe 3

This omnibus contains two of Colin Dexter's Inspector Morse novels - 'Death is Now My Neighbour' and 'The Secret of Annexe 3'.

Service of All the Dead

Service of All the Dead

"The sweet countenance of Reason greeted Morse serenely when he woke, and told him that it would be no bad idea to have a quiet look at the problem itself before galloping off to a solution." Chief Inspector Morse was alone among the congregation in suspecting continued unrest in the quiet parish of St Frideswide's. Most people could still remember the churchwarden's murder. A few could still recall the murderer's suicide. Now even the police had closed the case. Until a chance meeting among the tombstones reveals startling new evidence of a conspiracy to deceive . . .

The Secret of Annex 3

The Secret of Annex 3

The Riddle of the Third Mile 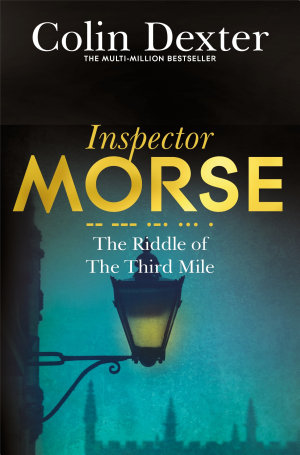 The Riddle of the Third Mile

The Riddle of the Third Mile is the sixth novel in Colin Dexter's Oxford-set detective series. The thought suddenly occurred to Morse that this would be a marvellous time to murder a few of the doddery old bachelor dons. No wives to worry about their whereabouts; no landladies to whine about the unpaid rents. In fact nobody would miss most of them at all . . . By the 16th of July the Master of Lonsdale was concerned, but not yet worried. Dr Browne-Smith had passed through the porter's lodge at approximately 8.15 a.m. on the morning of Friday, 11th July. And nobody had heard from him since. Plenty of time to disappear, thought Morse. And plenty of time, too, for someone to commit murder . . . The Riddle of the Third Mile is followed by the seventh Inspector Morse book, The Secret of Annexe 3. 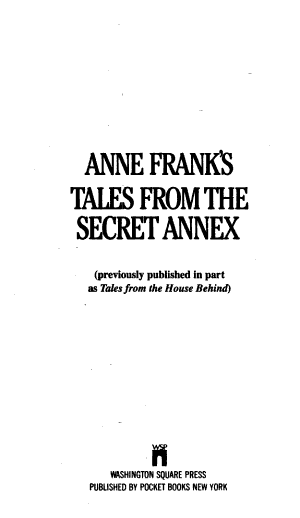 Hiding from the Nazis in the "Secret Annexe" of an old office building in Amsterdam, a thirteen-year-old girl named Anne Frank became a writer. The now famous diary of her private life and thoughts reveals only part of Anne's story, however. This book completes the portrait of this remarkable and talented young author. Tales from the Secret Annex is a complete collection of Anne Frank's lesser-known writings: short stories, fables, personal reminiscences, and an unfinished novel. Here, too, are portions of the diary originally withheld from publication by her father. By turns fantastical, rebellious, touching, funny, and heartbreaking, these writings reveal the astonishing range of Anne Frank's wisdom and imagination--as well as her indomitable love of life. Anne Frank's Tales from the Secret Annex is a testaments to this determined young woman's extraordinary genius and to the persistent strength of the creative spirit.

Contains three full-length novels: The Secret of Annexe 3 which concerns a murder at the New Year celebrations at the Haworth Hotel; The Riddle of the Third Mile which is about the disappearance of Dr Browne-Smith; and Last Seen Wearing in which new evidence opens a case over two years old.